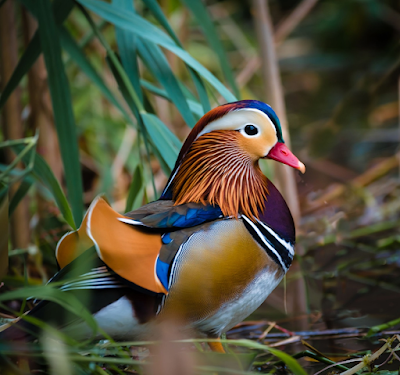 Arvind’s (and other’s) exploits this year suggested it was time to do a deep dive with the archive. Here are a few low-lights.

Mandarins have been recorded as scoring at least 1,113 ducks. The first was scored by Ron Dearing, later Chief Exec of the Post Office and Lord Dearing of Kingston Upon Hull, on 5 May 1965 vs Windsor Victoria. The most recent was by Graeme Tunbridge at Alton on 18 September 2022. 1,081 of the ducks came from a total of 7,509 innings. 14.39% of all Mandarins innings end with the blob. That’s one in seven.

Although 2022 seemed dominated by zeroes, in fact it was a pretty normal year with 32 scored in 233 innings (only 13.73%). As it happens the full records break down into two “eras”, 1978-1993 and 2009 to the present, and there is a (probably statistically significant, help please Rob) distinct difference between them. In the earlier era the rate of ducks was 15.04%, but in the modern era only 13.54%. Better pitches? A less cavalier approach? Fewer Rabbits?

Most zeroes in a season is 59 in 1993. Most by an individual in a season is  6, shared (fortunately) by Paul McIntyre, Jon Day, Mike O’Shea and Rob Eastaway (all in different seasons). In the modern era, with fewer games, no one has exceeded Arvind’s 4 this season. However, Arvind does not hold the record for most consecutive noughts. Mike O’Shea got 4 in 1980/81, and Bill Stow got 4 in 1985 then added a fifth after a two season furlough, in 1988. One respect in which 2022 was out of the ordinary was the number of players getting 3 or more zeros – six players this year, only exceeded by 7 players in 1984 and 1993.

Most noughts in a career is held by Paul McIntyre, 64, but he has played an awful lot of innings, so has far from the worst strike rate. And he improved dramatically between the two eras, halving his strike out rate in modern times. Most players with long careers seem to register zero at a fairly constant rate – only a minority have fared slightly worse as they age.

The longest sequence without a zero is held by Mike Richardson, 83 innings between 1983 and 1990. Luke Mayhew was not dismissed for zero in 58 innings, 1979-1987, and Tony Gray managed 51 between 1982 and 1990. Over roughly the same era David Gower had a sequence of 119 for England, but that is way more the next best test player. The modern cricketer can’t focus the same way. Best sequence in recent times is Chris Healey, 38, with Robin Pharoah leading the charge to better that, currently on 30.

And the worst record? Well, the usual suspects, with seven Mandarins recording nought in over 25% of innings, of which three in over 30% of innings, highest 38.82%. Again, this seems to be in line with the worst test records at around 33%.

The tie against Far From The MCC CC was only the 4th in over 1100 recorded Mandarins games, and the first in a limited overs game. Needless to say, the scorebook does not actually add up to the claimed totals...

Best Partnerships for each wicket

(Bowled more than once and took a wicket)