Trust us to finally get good at T20 cricket just as it is going out of fashion. With interest in 50-over ODIs revived by a moderately eventful game at Lord's, test cricket about to steal the spotlight with the renewal of a rivalry even older than some of our players, and all Mandarins eagerly anticipating the start of the Hundred next year, it seems the charms of 120-balls a-side may have had their day. 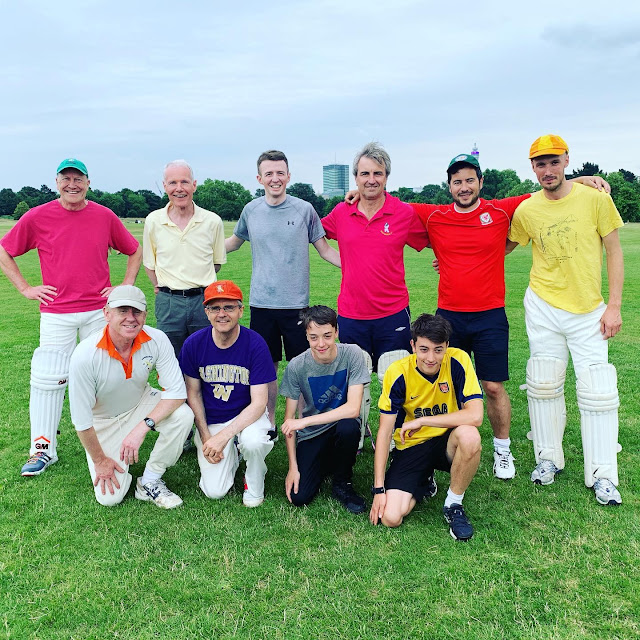 But as the Blast kicked off across town on Thursday and MCC members grumbled about there not being enough superovers or cricket bat guitars for their liking, the Mandarins turned in a better late than never performance to secure a comprehensive win over the Superstars, a first victory in the two years of this format having returned to our fixture list.

This win didn't even require any Stokes deflection-like luck or Roy DRS review twists of fate. We simply did the unusual thing and bowled, fielded and batted quite well. Asked to field first, Hurst (2-9) fizzed away at one end while Heard (4-1-17-4) probed at the other. Debutant Carnell (1-23) did not disgrace himself with his first bowl outside of a back garden for at least three years. Tunbridge and Baxter did disgrace themselves with dolly drop catches (both being two of our normally more reliable fielders) but made up for it with decent overs and otherwise our fieldwork held up well, the highlight being Cook's catch off a steepler at cow corner. Superstars skipper Gigg was also good enough to walk after being given not out caught behind by deubtant 'keeper Teifion Nangle off fellow captain Forman (D) (3-1-11-1).

Restricting the Superstars to 108-8 felt like we were well in the game, and so it proved despite the early loss of Brand for a duck. Third debutant Andy Ryan (8) helped see off the more dangerous new ball bowling before Baxter (27 retired), Mills (24) and Tunbridge (26 retired accelerated nicely) and Cook (11*) finished things off with a couple of big hits, with seven wickets and more than a couple of overs to spare. 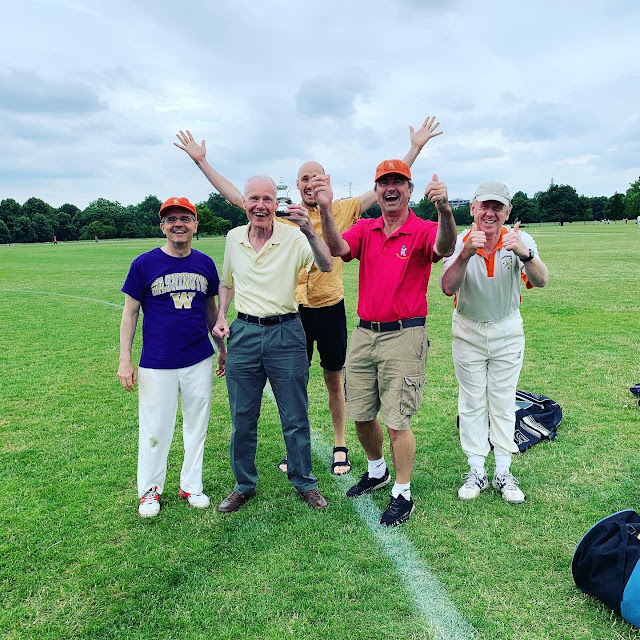 Following us also winning a white ball tournament in North West London in July (no not the world cup, but the much more prestigious charity six-a-side), it seems we are finally finding a bit of form in the shorter forms of the game. Our South London Satsumas rebrand for the Hundred may not be such a joke after all.