Covid may have caused the sad absence of our annual trip to Suffolk (the first time this had failed to happen since Britain joined the EU, let alone left it), but it was not to stop the Mandarins touring at all. So off to Oxfordshire it was, with a bit of fixtures secretary skullduggery and serendipity (like the sausage factory it sometimes better not to know how it is done but just to enjoy the product) combining to form a trio of very attractive fixtures in the county that educated so many of the country's finest minds (as well as a fair few Mandarins) and has hosted so many of the great touring teams of yesteryear (and this year the Mandarins too etc). [enough of the cheap gags, just proceed with a factual description of the games please Dan - Ed, MA Hons (Oxon)].
Friday night saw us in Appleton for a twenty 20 against the very obliging Far From The MCC CC. The equally obliging local Plough Inn was the perfect spot for a pre-tour meet up (and a post match meal) and we were pleased to find several of the oppo already there and already at least a drink or two to the good. FFTMCC proved to be just as sociable on the pitch as well as off it, rightly prizing the game far higher than the result. 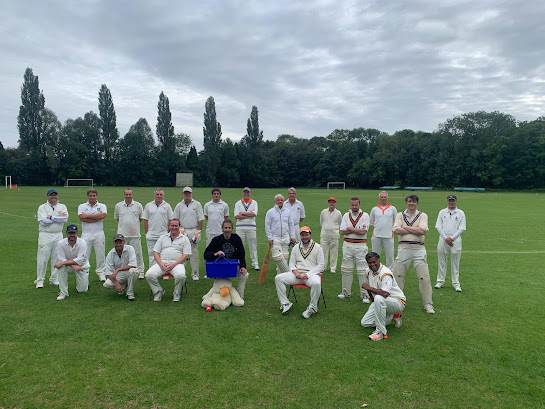 Batting first we were treated to a sparkling Tunbridge 50 (retd) and hard hitting cameo from Healey (29), described by the highly observant FFTMCC match reporter as a "short bespectacled fellow of advancing years", who nonetheless defied their rabbit-like expectations and took us to a competitive looking 152. In the field we were treated to a rare but welcome appearance from Nick Kulkarni (4-1-19-1) who showed few signs of rustiness with ball. Jon Porter was also a welcome and high energy addition in the field, especially as were down to 10 due to Heard's crocked back and the non-appearance of David Williams' non-existent son "Nick" who match manager Arvind had also put on the teamsheet. But it mattered little as we bowled tidily at the top and your correspondent and skipper (4-29) cleaned up a tail looking to hit out as they fell further behind the rate, ending on 126-9.
Saturday? Well Saturday was one of the great days of Mandarins cricket in this or any other year. A long-awaited and much anticipated game at Warborough CC against the legendary Erratics of Exeter, a club with which we share friends, occasional players and most importantly a common outlook on friendly cricket and how it should be played and enjoyed.
A thorough, and thoroughly entertaining, match report by Jim (who has worn the colours of both clubs with distinction) can be found on the Erratics' own website here:
https://erratics.hitssports.com/scorecard/fixtureID_727525/Erratics-v-Mandarins-05-Sep-2020.aspx
But let it be said that 24 players (from 13 years to age to three score and ten) were involved in a game in which all four results were possible going into the final over, on a ground so idyllic it is used by multiple TV dramas in answer to the location director's call to 'find me the stereotypical English village cricket green', and in the very best of spirits. There was father against son (in the form of Chris facing up to Sam Cook), and father conspiring against son (in the form of Rob dropping a dolly catch off the bowling of Adam Eastaway) as the Erratics ground their way to a hard-fought 128. There was a declaration on a hat-trick ball, and then a flying start from Baxter and Williams in reply. But naturally there was also a middle order collapse, a slowing of the rate and tension-ratcheting build-up to that final over finale. 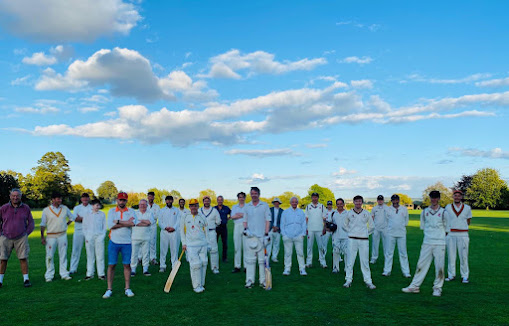 The result? Not that it really matters, Eastaway R atoned for his earlier errors (the redemption arc being a screenwriter's favourite of course) with a composed 27* and a cover-driven 4 to finish the job. Technically a win by two wickets for the Mandarins, but a triumph for friendly cricket was the bigger picture result. Inevitably Warborough also had the perfect pub garden, local ale and fine food over which to linger and over-analyse the events of the day. It all felt like the start of a fine tradition and plans are already afoot to make it so.
As for Sunday, well that was the latest instalment of one of our most traditional games, and despite three days on the road and two nights on the beer we were up for the cup at Brill on the hill once more, and in front of a sizeable crowd to boot. It is always a pleasure to play on the beautiful brow where Ox meets Bucks, even if it has also started to feel like a place where the Mandarins always meet a somewhat stronger side than our capabilities can match. It was indeed a pleasure to see Hawkhead strike a fine 43, as well as Baxter using the tour to bat his way back into form for a 55. It was also a great pleasure to see irregulars Richardson, Sommerville and Tivey, even if they had less fruitful days with the bat than they would have preferred. A late flurry from Ramani and your correspondent (once he had been helpfully disabused of the notion that it was a timed game by chairman/umpire/captain Wilmot) took us to 167 off our 40, which felt a little light if still in 'in the game if we bowl well and take our catches' territory. 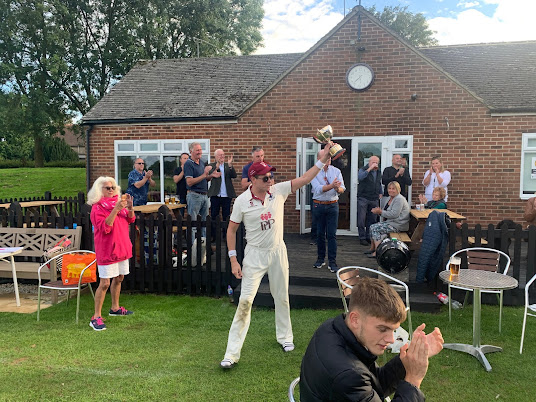 And the thing is that we didn't bowl badly. In fact I don't think I have ever seen Heard (8-4-28-2) bowl better of faster (which can't only be down to the drugs he was taking for his back). But we didn't take our catches and we came up against a Brill batsman in number 4 Parke who played quite possibly the best innings that Wilmot and many other experienced Mandarins in attendance had ever seen played against the club. His 82 was not just brutal but devastatingly controlled and constructed, picking gaps in the field and pinging quicker bowlers back over their heads for four at will. It took Brill to the total and the trophy in just the 27th over, which at least allowed a bit more time for the long drive back after the post-match ceremonials had been done.
And as we did so we reflected on a weekend that perhaps encapsulated our season as a whole: an up then perhaps inevitable downswing in results, but also a sense of salvaging something wonderful from the wreckage of the year. In the county of dreaming spires, three days of good cricket and great company that was more than any of us could have dared dream of in the spring.
Dan Forman
Posted by Andy